George Clooney and Amal Alamuddin are now husband and wife. They got married in a private ceremony at a luxury resort in Venice. An official ceremony to validate the marriage will be held on next Monday.

Gorge Clooney and his wife, Amal Alamuddin, navigating the Grand Canal, after leaving the luxury Aman. They move up surrounded by bodyguards and media professionals.

George Clooney leaves (finally) the single party. And the beautiful lawyer Amal Alamuddin is the one that got Clooney to say “Yes” at a Venetian luxury resort, on the venue Love Canal Grande, having Walter Veltroni, former mayor of Rome and close friend of the couple, in charge of officiating the ceremony. 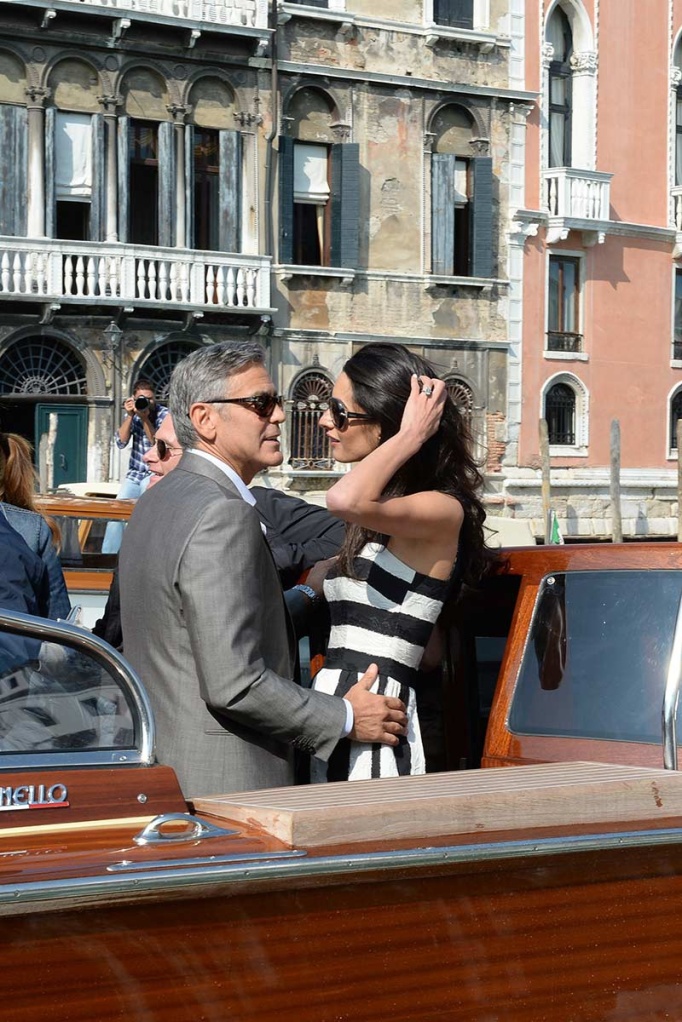 Arrival of the couple

The couple arrived in Venice on Friday September 26 anticipating four days of celebration and love, aside a long list of guests which includes names like Brad Pitt, Angelina Jolie, Cate Blanchett, Anna Wintour – the couple sold the exclusive images of the wedding to Vogue  and the money generated from the sales will go to victims of the conflict in the African region of Darfur, Sudan – Bono and Matt Damon among many others. The reason George and Amal chose to get married in the City of Water is that, just a year ago, this is the city where they met for the first time.

Friday night marked the first party they held, out of the four more to come. The first guests who arrived in the city attended the big “festa” , the mother of Amal as well, without separating from the daughter not even for a moment. The water taxis brought the celebrities one by one, while jokes were made from one vessel to another on the canals of Venice. Amal wore an adaptation of an Alexander McQueen Resort 2011 collection, a red and black V neck design. They all dinned at the Venetian restaurant Da Ivo, where they came full of joy and were extremely communicative to the media. They say that since Amal met Clooney and began their relationship, the actor’s character has changed a lot and became much more expansive than usually.

Saturday continued with the arrival of the other guests – Ellen Barkin and Anna Wintour among others – and with the couple having brunch in the gardens of Hotel Cipriani with Cindy Crawford and her husband, Rande Gerber.

As for the bride’s dress, it’s confirmed – Oscar de la Renta to say “Yes I Do” to the actor. 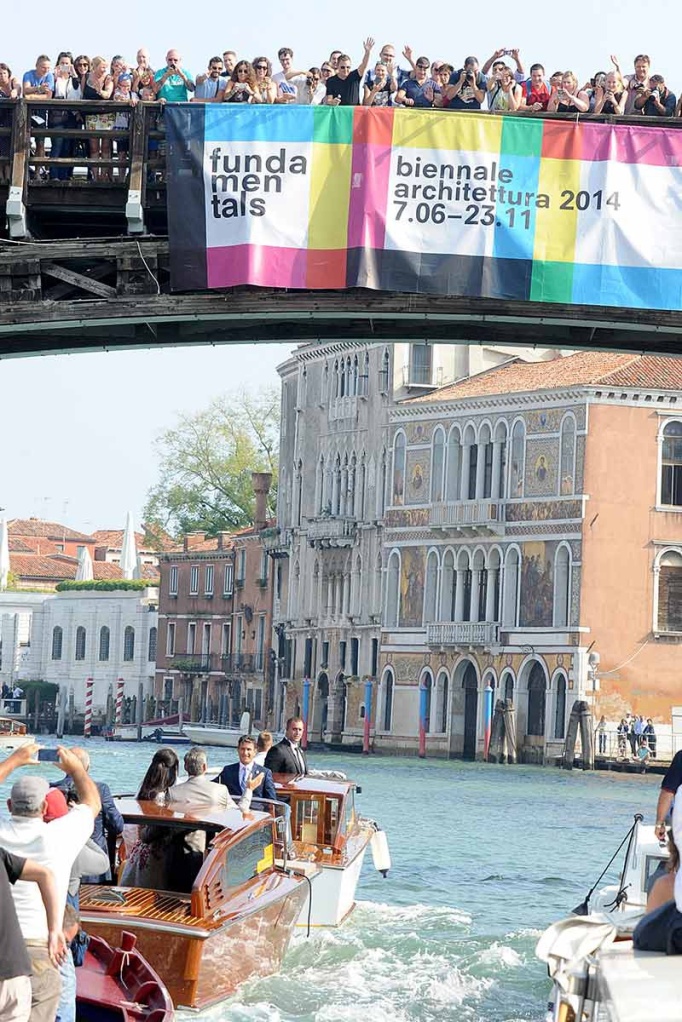 Fans seeking to capture the moment. 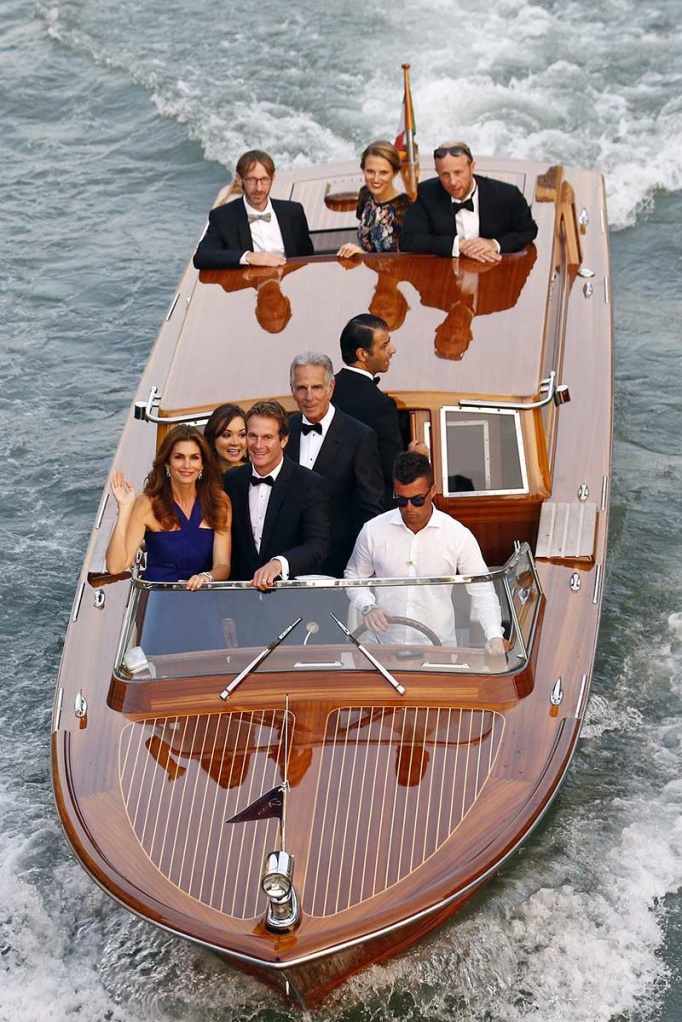 Cindy Crawford next to her husband, Rande Gerber, and other friends of the couple. Continuing the celebration of most awaited wedding of the year. 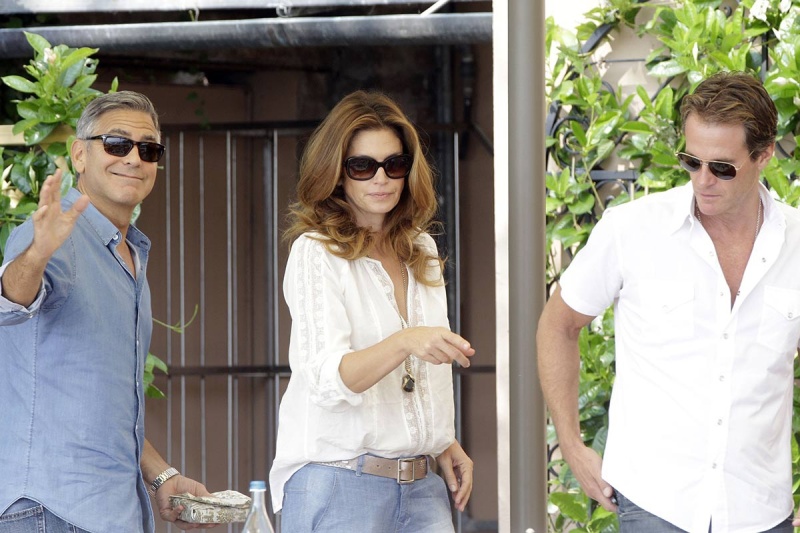 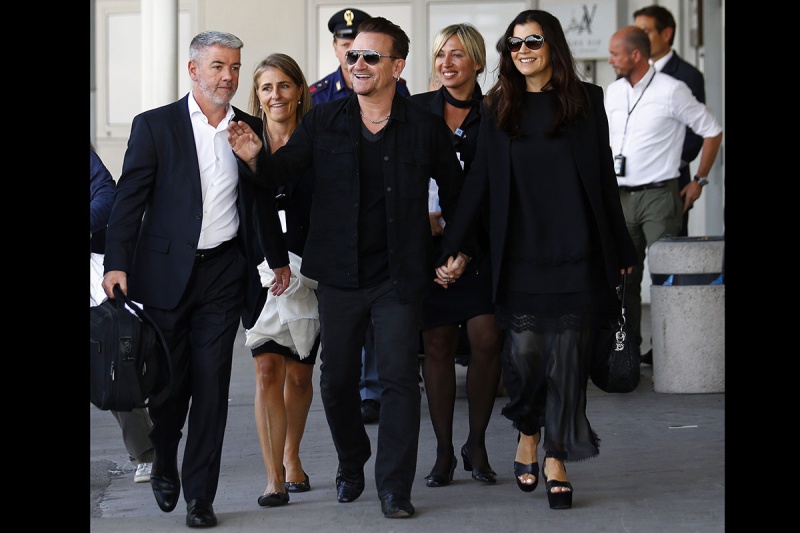 Bono and his wife, Ali Hewson 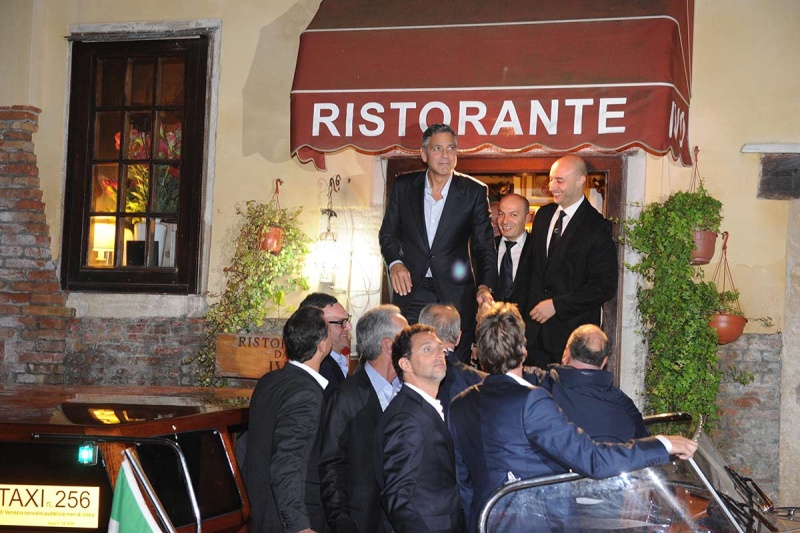 Amal Alamuddin arrives with her ​​friends to her pre-wedding party dressed in spectacular McQueen dress, an adaptation of a model of the Resort 2011 collection. 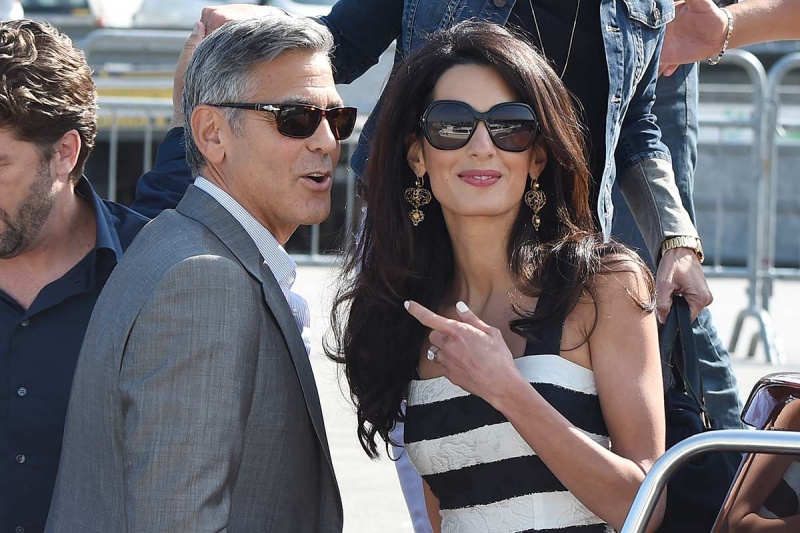 The spectacular diamond of Amal designed by George Clooney himself is a seven-carat ring worth 540,000 euros. 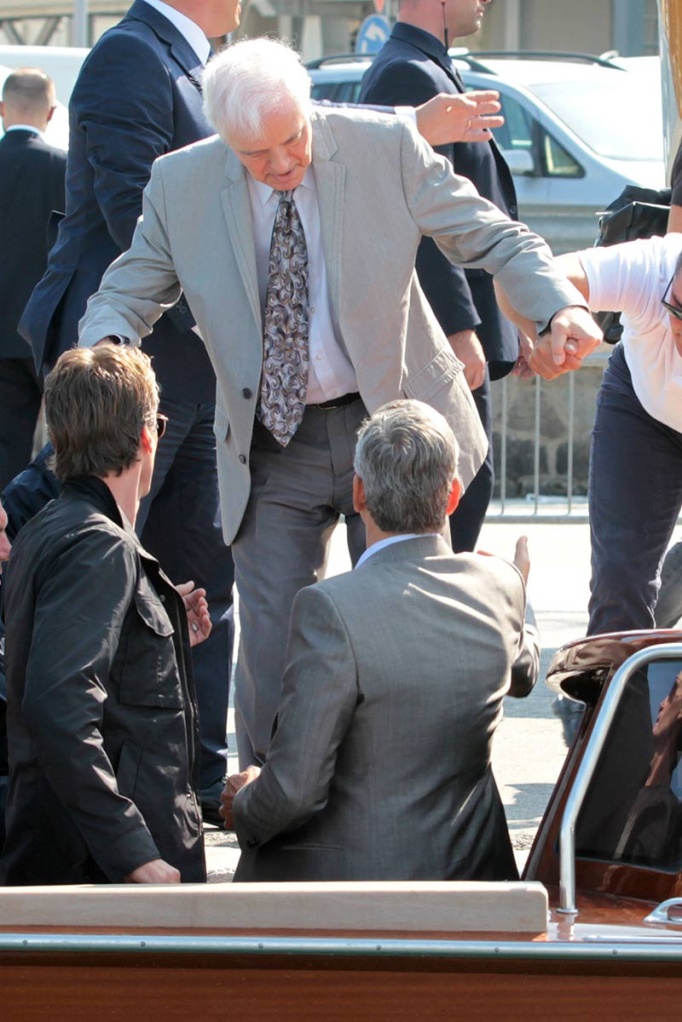